J-NiBB recently recieved 2 awards for Hip-Hop Artist of the Year & Hip-Hop Song of the Year (Prevail), at the 11th annual Rhythm of Gospel Awards in Baton Rouge, Louisiana. His latest album ‘Resilient’ has been played in countries all over the world, receiving radio air play reaching the top 10, and charting on Billboard with his single “Prevail”. J-NiBB and Resilient are up for 13 awards this year. Currently his new single Bruce Banner has been picked up by major radio stations and has got his fans feeling “unstoppable”! J-NiBB is available for more booking dates for concerts and speaking engagements all 2019 into 2020. Contact Booking@J-NiBB.com for all inquires.

J-NiBB’s outlook on life has always been somewhat positive, “If you want something bad enough, then go get it, find a way, and make it happen!”. He has never recognized “I can’t.” His participation in sports brought him recognition for both his leadership and motivational skills. In his senior year he suffered spinal injuries that eventually caused him extreme trouble to the point where even walking and sitting was almost taken away completely… 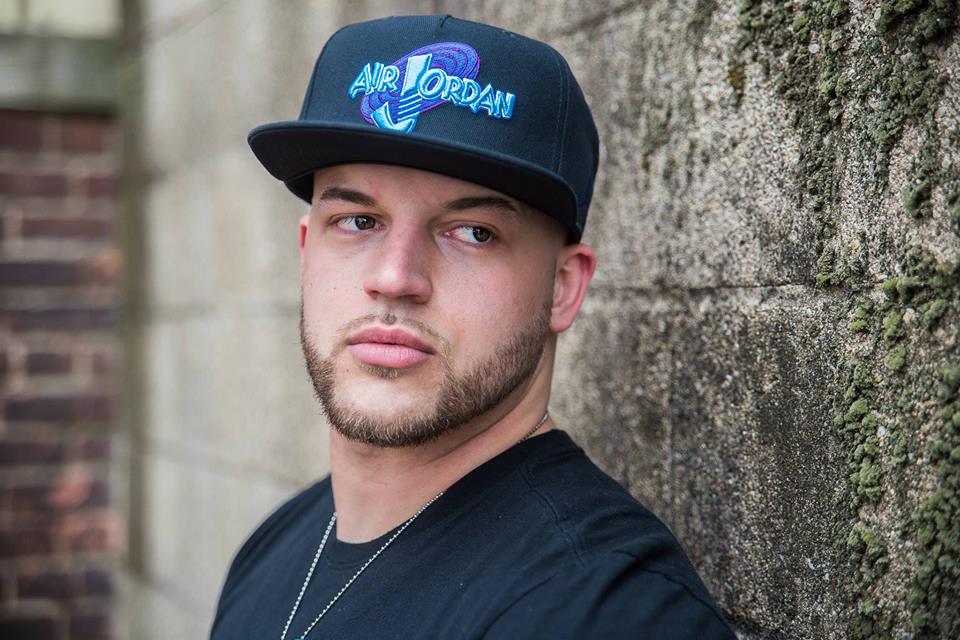 Hip Hop was introduced to J-NiBB at a young age. The first song he remembers hearing was “Move, B***H,” by Ludacris. Immediately, he loved the beat and flow that Luda produced. A few years later, J-NiBB was born.

At the age of 19,
J-NiBB released his first mixtape, entitled “The Warm-Up.” Its success gave him the opportunity to sign a distribution deal with a branch of Universal Records in California, as well as performing alongside some hip-hop icons such as Big Sean, Bone Thugs N Harmony, Twista, Dizzy Wright, Souls of Mischief, Nappy Roots, Wu-Tang, King Chip (Chip Tha Ripper), Project Pat, and more. He also hit the Top 10 on major radio stations in Mississippi being the only independent artist to do so with his single “Break You Down,” as well as headlining the Mississippi College Tour. In 2014, J-NiBB released his second CD “Sleepless Nights & Early Mornings,” which landed him in The XXL Magazine, and took him to Hollywood.

With successes mounting, J-NiBB’s personal life began to have undue influence. The funny thing is throughout his career, he was told that the music he was producing should be music focused on God. With no ear to hear that, He would take a “back seat” until His Plan for
J-NiBB’s life was fully executed.

As God began His move on J-NiBB, attaining success appeared to be becoming more difficult. Not only that, but the spinal injuries became worse – and he was almost unable to walk for two weeks. About a week before he was laid in bed for 2 weeks he received a prayer cloth from Transformed Life Church (pastored by Brian T. Hamilton). The pain was so great that he decided to use the cloth. While doing so, he felt a “shift” and after four years, 5 shifted discs, “out-of-alignment” hips, a pinched sciatic nerve, chiropractic treatment, and tons of pain pills – J-NiBB woke up the next day free of pain! He had been healed in the mighty name of JESUS!


God didn’t stop there. After He had healed J-NiBB, He sent strong confirmation on the purpose of his life. After being unable to deny what had been spoken to him he began to go to work in a new way. Working better than ever on what became his third project ‘Internal Conversations’. Once the first song was completed the fire was lit. This album took him to new heights and new successes with multiple independent tours around the US.


J-NiBB has now finished 2 independent tours across the U.S. Top 10 radio placements, Charting on Billboard. Performing at major festivals across the US. Making the front cover of multiple magazines including an international magazine in Canada, and more. J-NiBB has events booked throughout 2019 and accepting more now. He recently made his National TV debut on the Impact Network with Bobby Jones Presents. Soon, he will be heading to the Prayze Factor awards in Atlanta, Georgia for the Album of The Year finalist category 2019 and prevailing to higher heights as time continues. J-NiBB, The ‘Warrior’ for Christ, will be coming to a city near you soon!

“Theres this wall we all have to break through in life, the wall is sheilded by darkness, anxiety, deprssion, toxic relationships, & fear.
The only person to break through that wall to get to the light that shines on your destiny is you” Be a Warrior!
– J-NiBB